Meet the experienced and friendly doctors and staff who make Vision Care PSC the leading provider of vision care products and services in Monticello. 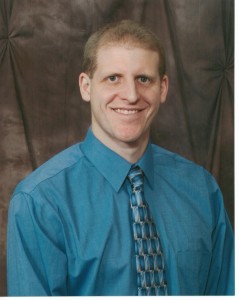 Dr. Hesse purchased Vision Care in August of 2001. Dr. Hesse was born and raised in Northern Kentucky, living there until attending optometry school in Bloomington, IN. He attended Northern Kentucky University for his undergraduate studies and then completed his Doctorate of Optometry with honors in 2001 from Indiana University School of Optometry.

Dr. Hesse has been married to his wife, Emily, who also works in the office as office manager, since 1998. Together, they have four children, daughter Nicole, sons Aaron and Zachary, and daughter Madden.

You can schedule your next appointment with us online!